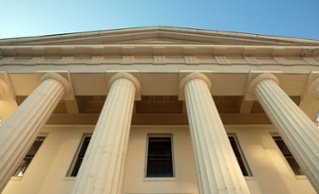 In 2014 Supreme Court ruling Conway V. Cutler, homeowners who were not the original purchasers of their homes (subsequent owners), did not have the right to sue the builder of their homes for defective construction. Subsequent owners failed to establish a contractual relationship with the builder hence, the implied warranty cause of action was not available for them.

As a result, subsequent owners were left without any solutions for the damage caused from defective construction in their homes - and builders had a legal way out of claims pertaining to any homes they were responsible for building.

But that changed in the summer of 2016. The Pennsylvania ruling in the Case of Adams v. Hellings Builders determined that subsequent purchasers could in fact sue their home’s builder under the Unfair Trade Practices and Consumer Protection Law; because the Act had no requirement that the purchaser of a product, or home, be the original purchaser, the subsequent owner rule does not apply.

From the White and Williams article, "So Adams is now the law in Pennsylvania until and unless the Supreme Court steps in and overrules Adams. However, that is not likely to happen unless the makeup of the Supreme Court changes dramatically from what it was when Conway was decided. The interesting thing about the Conway decision is that the Supreme Court was openly apologetic in its opinion saying that the law should not be as they decided that case but they felt constrained to decide Conway as they did because to do otherwise would be making law rather than interpreting law. The Supreme Court in Conway invited the legislature to change the law so subsequent homeowners would have a cause of action in implied warranty against a home’s original builder. Thus far, that has not happened." "In the meantime, subsequent purchasers of homes with construction defects will likely find their way to a lawyer's office to file claims under the UTPCPL."

Read more of the original story in the White and Williams blog post here.